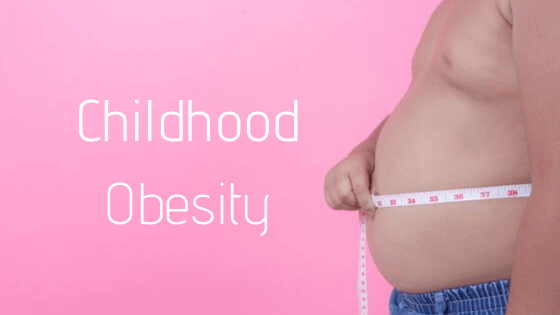 Problems with Childhood Obesity in India

Obesity, a commonly used term which means being overweight. This means if a person is 20% more than its ideal weight, he/she is suffering from obesity. India is in the 3rd position for the highest obese population of the world, the US being the 1st and china the 2nd. Even after having 270 million people living below the poverty line, a large number of people in India are suffering from obesity.

According to the studies, world health organization has said that Child obesity is emerging as one of the most serious public health challenges of the 21st century. Children below the age of 5 are also suffering from this disease.

Childhood obesity has become a problem for Indians as at a very young age children are suffering from other harmful diseases caused by obesity. Knowing about what obesity is very important because its not a disease that can be solved by medicines but it’s a whole lifestyle change.

When you see your child is putting on too much weight because of too much consumption of junk and sugary drinks and food, that is the time you know that your child is indulging obesity. but Just by looking at the child you will not be able to say whether the child is suffering from obesity or not because it’s not a necessity that all the children carrying extra pound are obese or overweight as it varies from children to children as some have larger body frames than the other.

Not only this but all children have different amounts of body fat at different stages of growing and development. That is the reason why you should consult a doctor who has various types of methods to check whether your child is overweight or is suffering from obesity by doing the body mass index (BMI), growth charts and other tests. A doctor is the best person to guide you with the reasons for this disease and how to overcome it as this problem needs a specialist.

The most important reason for obesity is having an unhealthy lifestyle but that is not the only reason for childhood obesity. few more reasons are

If your child starts with being overweight or is obese he/she will likely be like that in their adulthood as well which will cause them various physical and social and emotional complications.

After seeing the causes and complications steps should be taken to prevent child obesity. few of the steps are –

Also, it is suggested to have a regular BMI checkup done by your doctor so that you get to know about your body as your BMI changes from time to time depending upon your food habits and physical activities.

That’s why parents should be smart and take smart steps to save their child from obesity does not seek in and destroy the happiness of your child as an obese child goes through a lot not just physically but mentally as well and feels depressed and bullied when he/she is not being able to follow the latest fashion trends due to its overweight.

Let your child play and cut down their television time. Say no to junk and eat healthy not only the kids but the parents as well so that your child follows your footprints. Last but not least, seek professional help and not judge on your own.

Modern medicines and treatments have progressed a lot to prevent us from some extreme cases of obesity by bariatric surgery. This bariatric surgery is not encouraged until and unless there is an extreme case as it is a life-changing decision instead A lifestyle change is generally recommended but this does not mean that this surgery is a short-cut to reduce weight as in this surgery the baggy part is removed and the stomach is a stapled making it a tune like stomach which can take in less capacity of food.

The patient has to go through a strict diet after the operation is done and have to take in a lot of medicines. Even this surgery is not an easy thing to do that’s why the doctors don’t suggest it if it is not an extreme case. The best way to fight obesity is a complete lifestyle change and if that’s not possible, the surgery is there to make your life easy.